Twenty pink Galápagos iguanas are monitored day and night through devices, equipped with GPS, installed directly on the animals. The system was developed and implemented as part of the “Uncovering Excellence” program, funded by the Tor Vergata University of Rome.

The pink iguana (Conolophus marthae) is the only survivor of an evolutionary line that appeared millions of years ago, when many of the current Galápagos islands were not even formed: unmistakable because of its deep pink streaked with black, today it is recognized as an important flag-type: a means to maintain global attention on important issues such as biodiversity and its conservation.

Prof. Gabriele Gentile, evolutionary biologist at the Department of Biology of Tor Vergata University of Rome, is the coordinator of the international research and conservation program in which, in 2009, the discovery of the new species of terrestrial iguana took place. We asked him to tell us how the data collection and transmission program develops.

UTV. What are the goals of monitoring the pink iguana?

G.G. “The only site where the species lives is the Wolf volcano, on the island of Isabela, in the Galápagos. The approximately 300 Iguana remaining live in an area of only 25 square kilometers. The species is reported at the highest risk of extinction by the IUCN (International Union for the Conservation of Nature), so the pink iguana is the subject of continuous study and monitoring. To help the conservation of this species we try to identify the reptile nesting sites which, once discovered, will be protected both by natural predators, such as the Galápagos buzzard, and by those introduced by humans, such as cats and rats ». 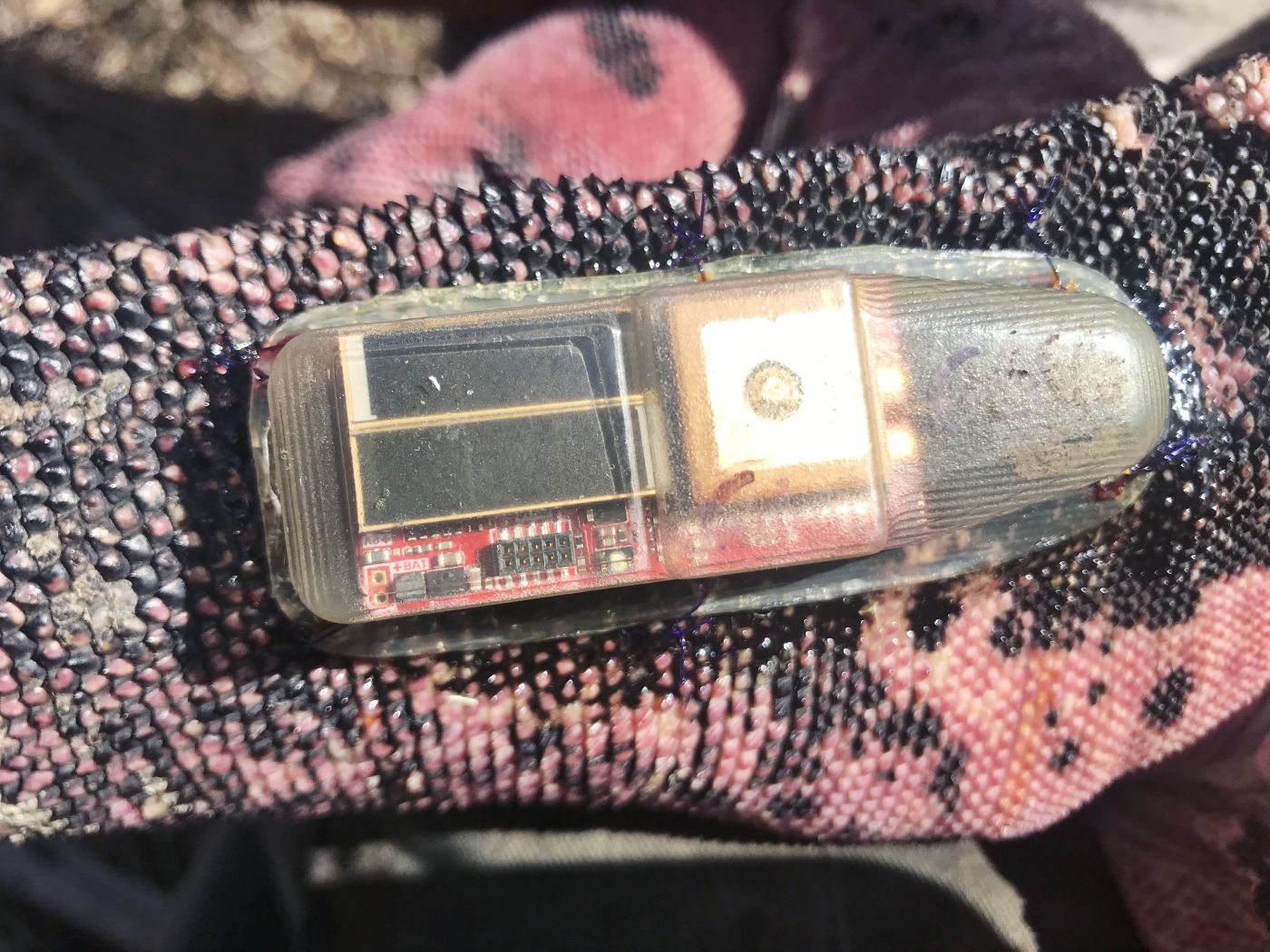 UTV. The devices powered by micro-solar panels have been designed to minimize the impact on the environment, in case of detachment and loss what is the detection system?

G.G. «Thanks to the collaboration of a group of researchers from the Department of Electronic Engineering of Rome Tor Vergata and of the National Research Council (coordinated by Pierpaolo Loreti, researcher in Telecommunications at the Department of Electronic Engineering) we have created a specific detection system and transmission that allows to obtain data about the movements of individual iguanas and other environmental information. 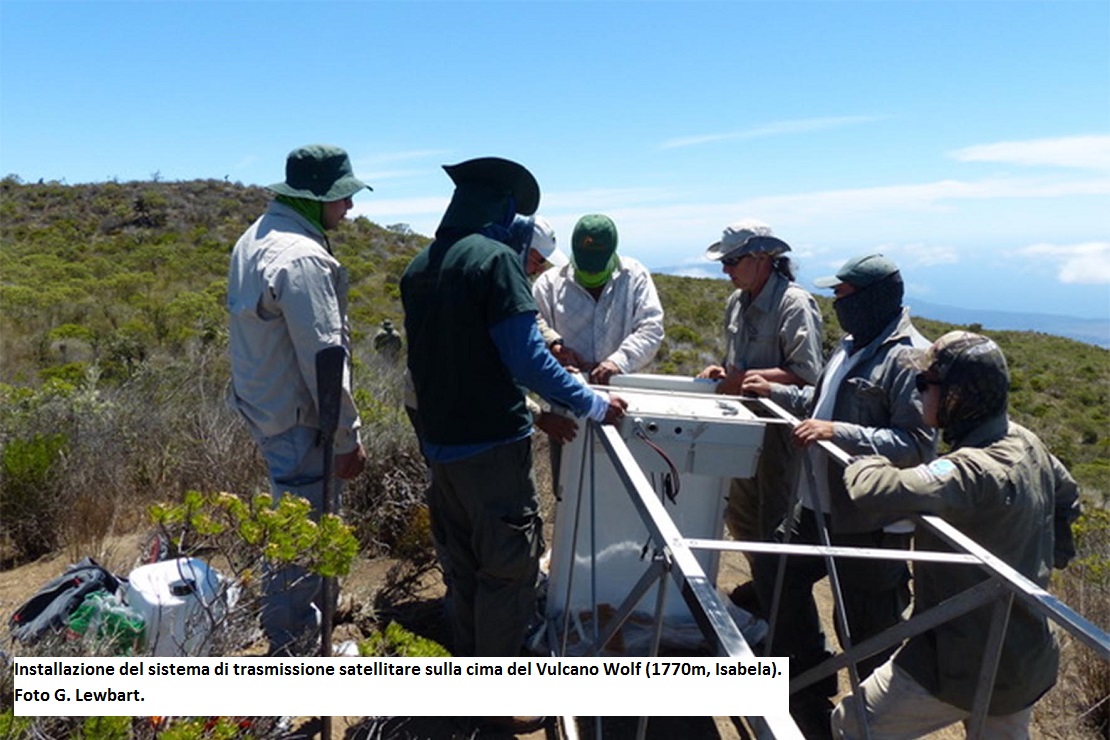 The pink iguana lives, at about 1700 meters above sea level, on the volcano Wolf, in an area not easily accessible on foot that does not allow direct and long-term observation of the animals. The necessary information can be collected only indirectly, through the use of “tracking” techniques. The devices, installed on the iguanas last September, in addition to the GPS are also equipped with a very small radio with which they transmit the data to a receiving system able to send the information directly to the servers of the University “Tor Vergata”, in Rome, and the Galapagos National Park, via a satellite connection “.

UTV. Have you received any transmission from the devices?

G.G. “Satellite devices have begun transmitting data from one of the most remote areas of the Galapagos Islands. In September and October we received data from 15 pink iguanas. We await trusting information also from the others ».

More on this news:

NOTICE: We use cookies to ensure that we give you the best experience on our website. If you continue to use this site we will assume that you are happy with it.Ok