Young Universities for the Future of Europe (YUFE) is one of just 17 alliances of European universities selected by the European Commission to develop and implement the first models for a European University.

The YUFE alliance presented its vision to the European Commission earlier this year and has now been given the go ahead to implement it.

Professor Martin Paul, Chair of the YUFE alliance and President of Maastricht University, which leads the consortium, said: “Our alliance, including eight young universities, will build the first European University of the future that is open to anyone.”

The foundations for this European University will be laid in the next three years.

The YUFE European University will enable prospective students to compile their curricula, choosing from programmes offered at each of the eight YUFE universities. To allow access to all systems and facilities of these universities, the alliance will introduce a YUFE student card, valid at all participating universities.

The official language of YUFE study programmes is English, but students who spend a period at a university in another country are encouraged and supported to learn the language oftheir host country. When they have successfully completed their studies, students receive a European diploma that will be valid anywhere in Europe.

The diploma will not only acknowledge students’ academic performance, but also acknowledge their effort in mobility, language learning, professional training, job shadowing and community volunteering. 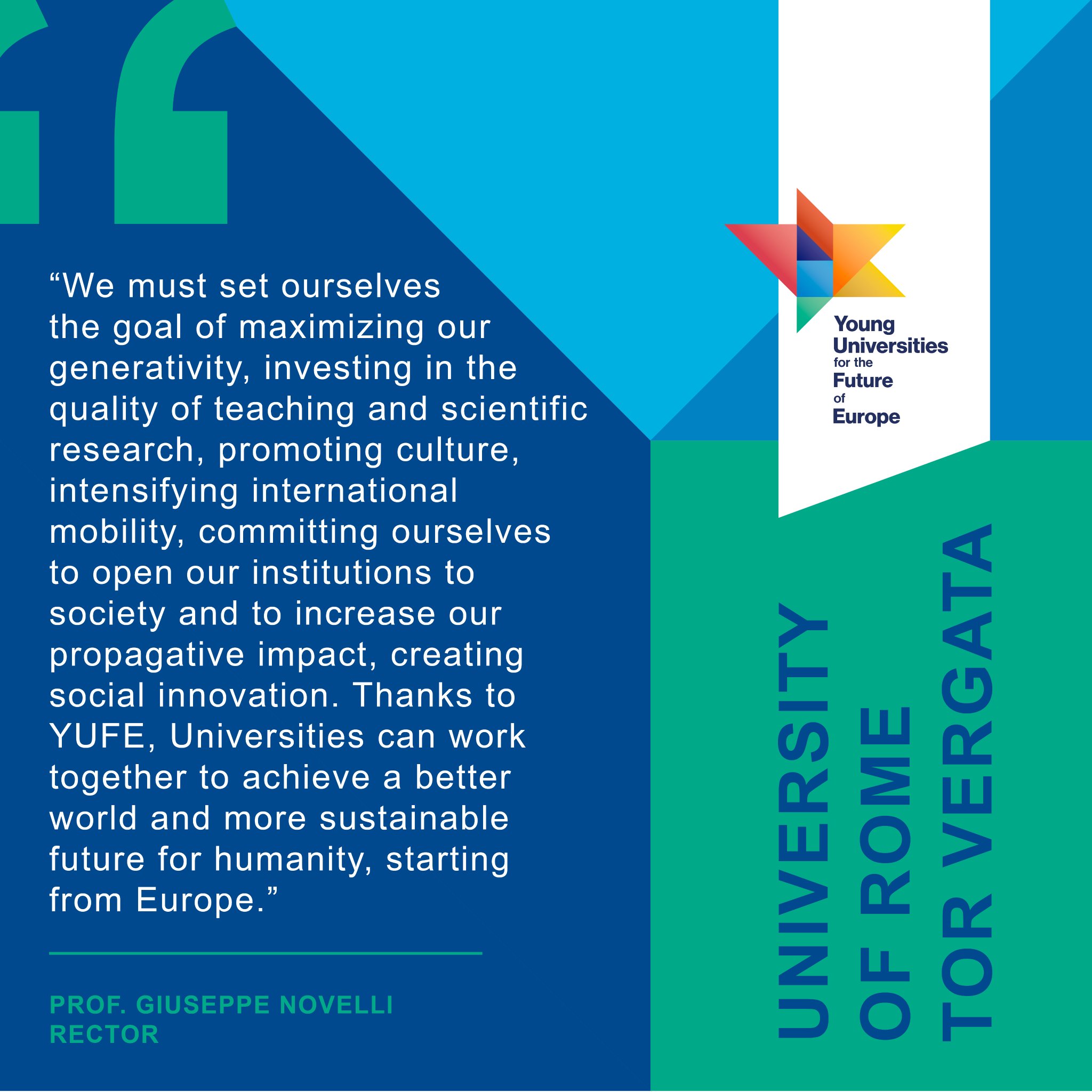 Feeling at home in the YUFE cities

To guarantee accessibility for as many students as possible, YUFE is preparing to set up a virtual European campus. Part-time students or interested citizens who want to follow a single virtual or physical course can also make use of the YUFE offer.

For full-time students studying at one of the partner universities elsewhere in Europe, YUFE will develop housing solutions that facilitate cultural exchange, mutual support and integration with the local community. For example, an option YUFE is considering is furnishing special homes where students can live for free during their stay and in close proximity with local residents.

They will be given the opportunity to contribute to the community in their neighbourhood, and to foster a culture of mutual support in all YUFE cities and communities.

YUFE students will be immediately immersed in the local and regional society and will thus be the catalyst for further European integration.

The YUFE programme itself pays a lot of attention to the specific regions in which the eight YUFE universities are located. When it comes to internships, for example, every university will work together with local authorities, the business community and other organisations.

These collaborations are based on challenges that are of great importance to the YUFE regions. In Limburg, for example, the region of the coordinating institution Maastricht University, the Brightlandsecosystem will be an excellent setting to implement the joint YUFE approach.

Dr Daniela Trani and Jan Hupkens, coordinators of the YUFE-alliance, said: “In this way, YUFE education provides a European mind-set for students, enabling them to view matters from different perspectives and allows the various regions and their residents to benefit from this exchange of knowledge across Europe.”

Professor Paul said: “The selection of the YUFE proposal represents an important milestone for our alliance and we are keen to contribute to a unique momentum in European higher education.

Together with our partners we will develop a shared vision for European higher education and contribute to creating a bright future for all European citizens, regions and countries.

The Young Universities for the Future of Europe (YUFE) allianceis a major strategic partnership established between eight young research-intensive universities from as many European countries.

The YUFE alliance, together with its six associate partners, aims at bringing a radical change in European higher education by establishing itself as the leading model of a young, student-centred, non-elitist, open and inclusive European University.

A unique ecosystem linking universities to communities, YUFE will be based on cooperation between higher education institutions, the public and private sector, and citizens across Europe.

The YUFE alliance is geographically diverse and includes universities, cities and companies. YUFE full partners are:

The Virtue of Engagement – The first Online YUFE Alumni event